What to Do in Louisville on Kentucky Derby® Weekend 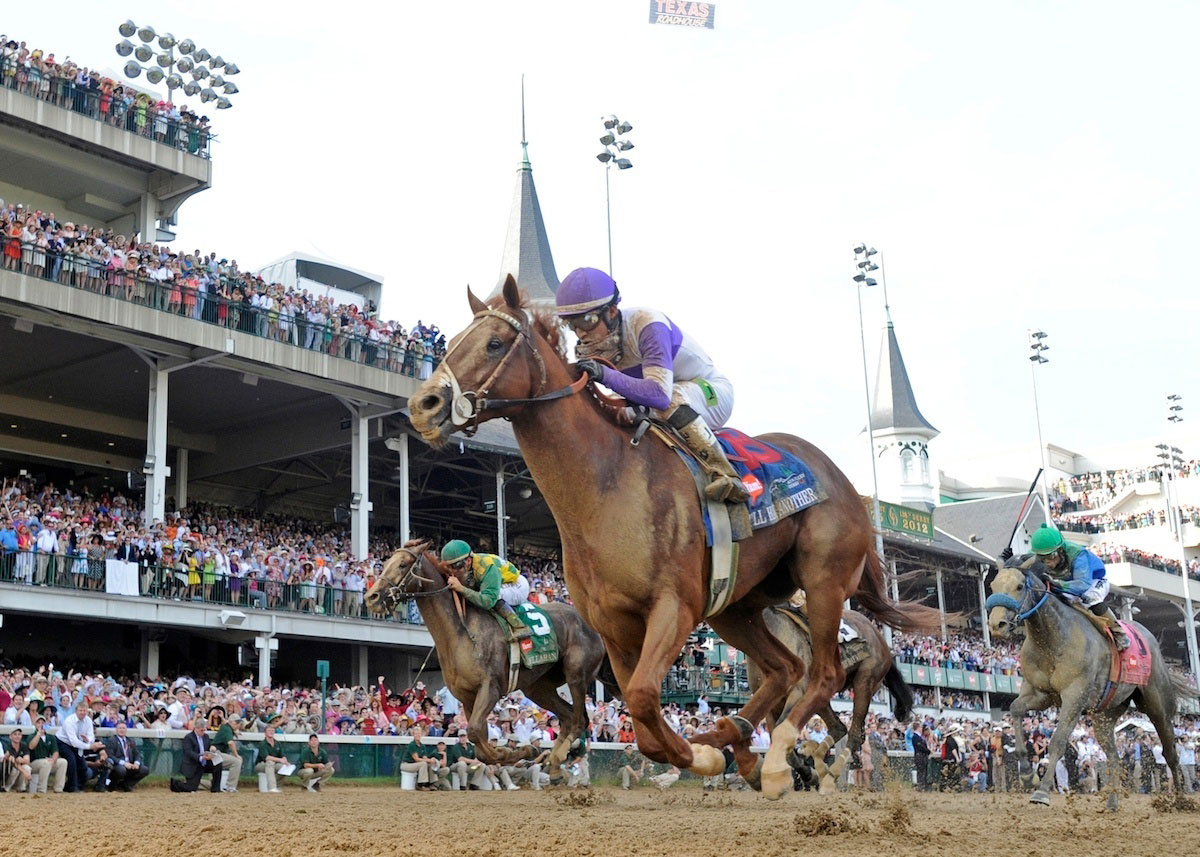 “The Most Exciting Two Minutes in Sports” go by pretty fast (or slow, depending on how much money you have riding on the race), but even so, the weekend of the Kentucky Derby® offers incredible undercards with 14 graded stakes races featuring Breeders’ Cup participants and champions.  Though the tracks of Churchill Downs® will be lit up with talent throughout Friday and Saturday, there’s plenty of excitement to be found surrounding the racecourse as well!

Celebrity Day at the Downs Presented by Kentuckiana Honda Dealers

If you’re planning to arrive before the racing gets going at Churchill Downs, you’re in for a treat.  The Thursday before Derby weekend is the perfect time to explore Louisville!  Just before lunchtime, the Kentucky Derby Festival’s Celebrity Day at the Downs kicks off, featuring Hollywood celebrities and stars of other Festival events (such as the Pegasus Parade) in attendance.  This event is a luncheon that showcases delicious food, drinks, and glamorous Derby hats as attendees mingle with the stars.

Celebrity Day typically sells out quickly, so be sure to secure your tickets here on February 29th!

This parade is part of the annual Kentucky Derby Festival, featuring family-friendly entertainment marching through the heart of Louisville for 2 hours.  According to the festival’s website, the “event showcases some of the nation’s finest marching bands and equestrian units, along with inflatable characters and colorful floats,” and in 2016 will tout a theme of “Fun for the Arts.”

And the Grand Marshal of the 2016 Republic Bank Pegasus Parade is…JORDAN SMITH!You championed him on "The Voice" and...

Friday, May 6th immediately prior to the running of the Kentucky Oaks

This year, 142 breast and ovarian cancer survivors will receive 2 free reserved seats to the Kentucky Oaks and will participate in the parade directly prior to the 142nd running of the Longines Kentucky Oaks race.  From February 16th through March 15th, Kentucky Oaks fans are invited to nominate themselves, a relative, or a friend who has survived breast and/or ovarian cancer by sharing their survivor's battle story.  To nominate a survivor, please click here.

The 3rd annual Fillies and Lilies party promises to be a night of exciting cuisine, drinks and entertainment!  Located right on the grounds of Churchill Downs in the Derby Museum, this Oaks night party is an ideal end to a thrilling day at the track.  In an intimate setting amidst the allure of the Derby exhibits and tradition of America’s oldest sporting event, the Fillies & Lilies Party will feature an exclusive live performance by Wynonna & The Big Noise, premium open bar, a bourbon lounge, heavy hors d’oeuvres, dancing, and much more.  Dress in cocktail attire or wear your Derby outfit – it’s up to you!

For tickets to the Fillies & Lilies Party, click here! 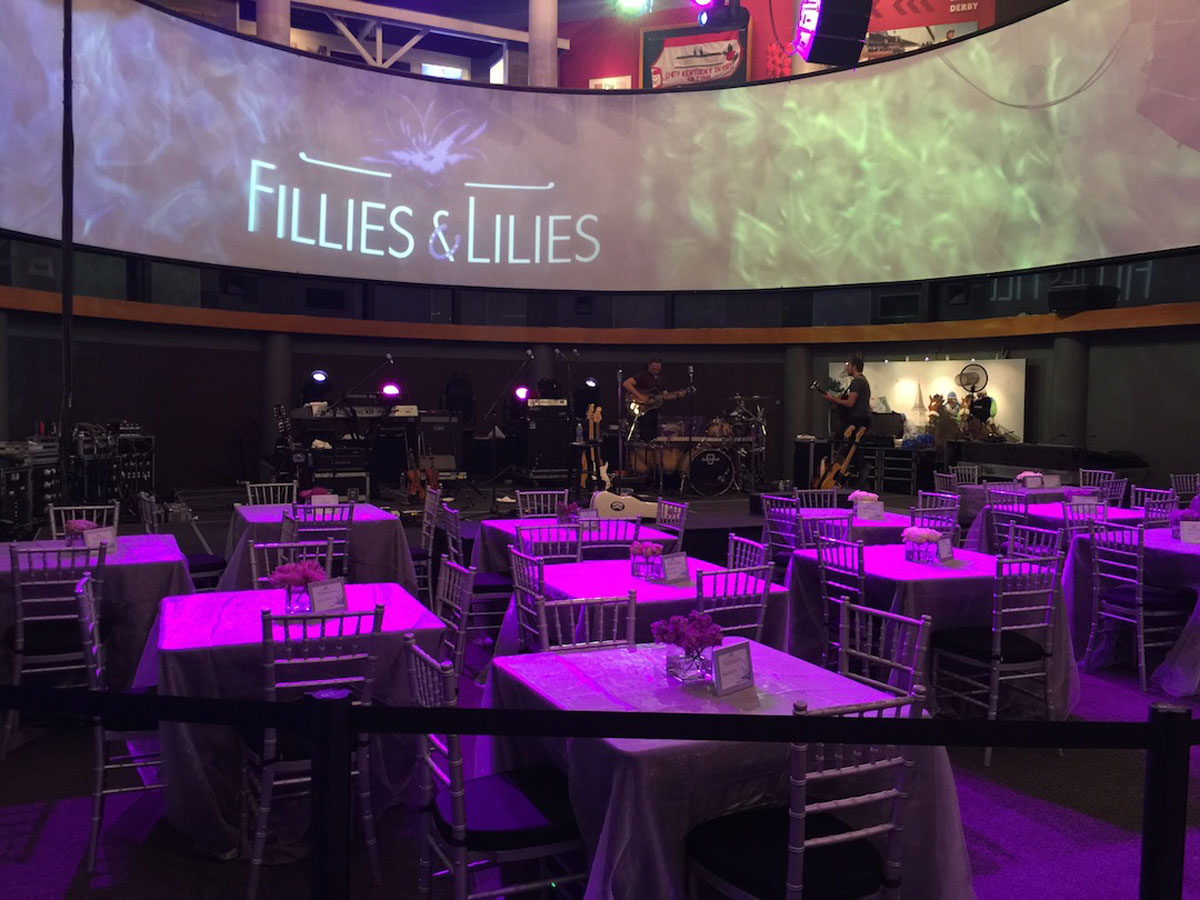 The Kentucky Derby Festival’s Waterfront Jam might be the best reason to purchase a Pegasus Pin, which is the festival’s admission program granting access to multiple festival events.  According to the festival’s website, the “Waterfront Jam will include live music on two stages at Kroger’s Fest-a-Ville featuring over 30 local and regional bands and 7 national acts beginning Thursday, April 28,” and the Derby Eve Jam will take place on the Great Stage at 9 PM on May 6th.

Details on the lineup to come, so stay tuned and keep an eye on the event page for updates!

Wow! What a crowd for Vance Joy at the Waterfront Jam presented by the John R. Elliott HERO Campaign!

Got Your Tickets to the 2016 Kentucky Derby® Yet?

If not, don’t stress.  Plenty of fabulous seating options are available for the 142nd running of the Kentucky Derby – browse all Official Ticket Package options below!