Looking too far ahead in horse racing is a risky proposition. The sport moves incredibly fast and a horse's prime can often be confined to a handful of races. But that doesn't mean we aren't continually looking out for the next Kentucky Derby® champion.

While the 'Run for the Roses' doesn't open it's gates until May, horses are already competing on the Road to the Derby in an attempt to secure their spot at Churchill Downs® in May.

While they're just two-year old colts now, we're excited to see this crop of horses grow throughout the year and get more races under their belts before making a potential Derby bid. 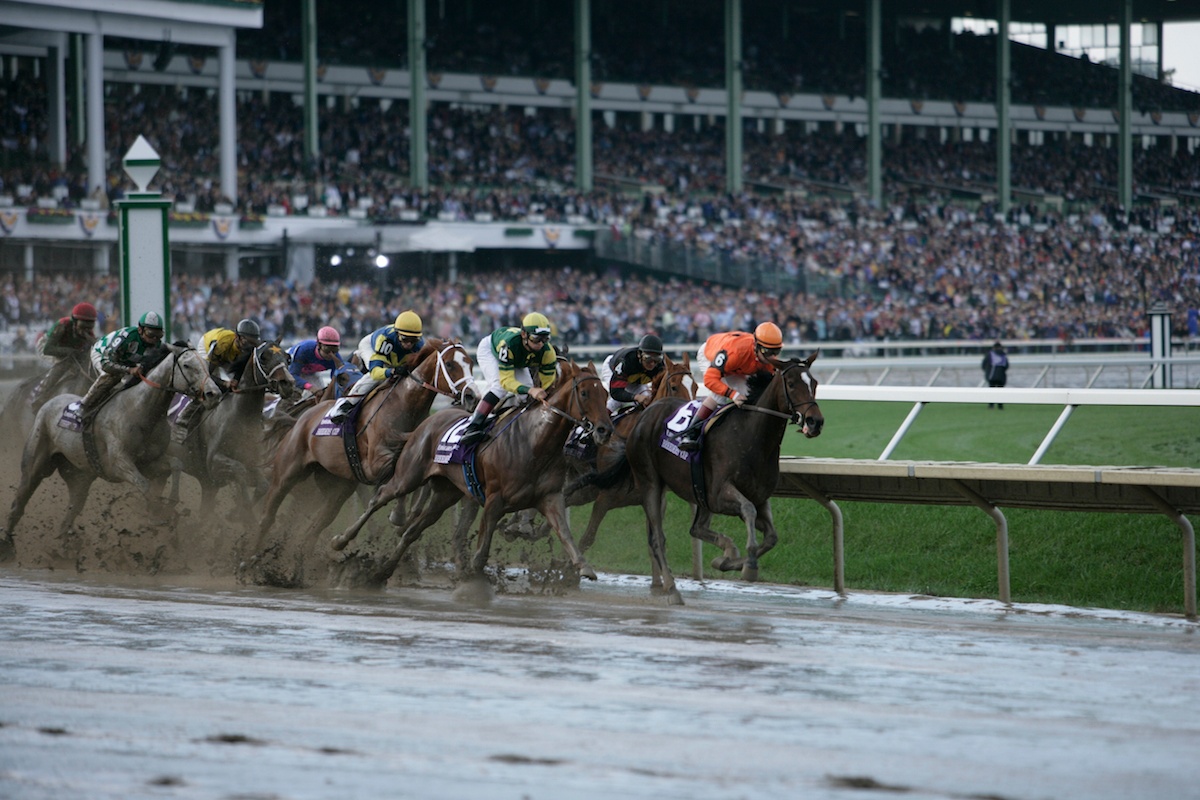 Game Winner was one of the first horses to put up points on the American Road to the Derby with a victory at the American Pharoah Stakes, making him an early favorite to be riding into Churchill Downs next year.

After taking both American Pharoah and Justify to Triple Crown™ glory over the past four years, legendary trainer Bob Baffert is hoping that Game Winner is his next crown jewel. The sire of Candy Ride boasts a perfect record so far, with three first place finishes to his name and a spot in the Breeders' Cup Juvenile on November 2.

Mind Control is already a special horse for trainer Greg Sacco. With a victory at the Grade 1 Hopeful Stakes on September 3, Mind Control became the first Grade 1 winner for Sacco since he started training on his own almost 30 years ago.

After winning two of three starts in 2018, Mind Control is up there with Game Winner as a potential entrant into the Breeders' Cup Juvenile. If he does enter the fray, Mind Control will be Sacco's second starter in that sprint, and the first since 2009.

While Mind Control and Game Winner have their sights set on the Breeders' Juvenile, Ireland's Royal Marine has cash on his mind. The Saeed bin Suroor-trained colt is a hopeful for the UAE Derby in March, which has a jackpot of $2.5 million in 2019.

Royal Marine currently leads the European Road to the Derby with 10 points after a first-place finish at the Prix Jean-Luc Lagardere prep race in France.

With a lot of starts in between now and 'The Run for the Roses', Saeed bin Suroor is hoping that Royal Marine will keep his momentum and make it all the way to Churchill Downs.

Tale of the Union

It wouldn't be a normal year if Bob Baffert didn't have multiple horses trying to earn their spot in the Kentucky Derby. While Game Winner is the new golden boy for Baffert, Tale of the Union has shot up recently as a horse to keep an eye out for in 2019.

While Tale of the Union has only one start under his belt, it's proving more and more difficult to bet against Baffert's colts. Right now we just have to settle for the hype surrounding this horse.

One of the best trainers in the world has a new horse to watch out for in 2019. Chad Brown made a lot of noise in the thoroughbred world with Good Magic in 2018 — the colt finished second in the 2018 Kentucky Derby and won the Haskell Invitational.

Complexity is currently tied with Game Winner atop the American Road to the Derby leader board after winning the Champagne Stakes. The victory also earned Complexity an entrance into the Breeders' Cup Juvenile.

Tickets for the 2019 Kentucky Derby:

It's a horses, trainers and jockeys dream to punch a ticket to the Kentucky Derby. Luckily for you, securing access to the 2019 Kentucky Derby is just a few clicks away with an Official Ticket Package from Derby Experiences. Choose from any of our package offerings to ensure that you'll have the ultimate experience at Churchill Downs next year!