The Top 7 Winningest Horse Racing Jockeys of All Time

Thoroughbred horse racing is a two-man game. While the speediest of steeds are the ones that get their names highlighted in the annals of history, their jockeys are of equal importance when it comes to success on the racing track.

We're going to take a deep dive into the best of the best that have saddled up and ridden their horses to victory multiple times. 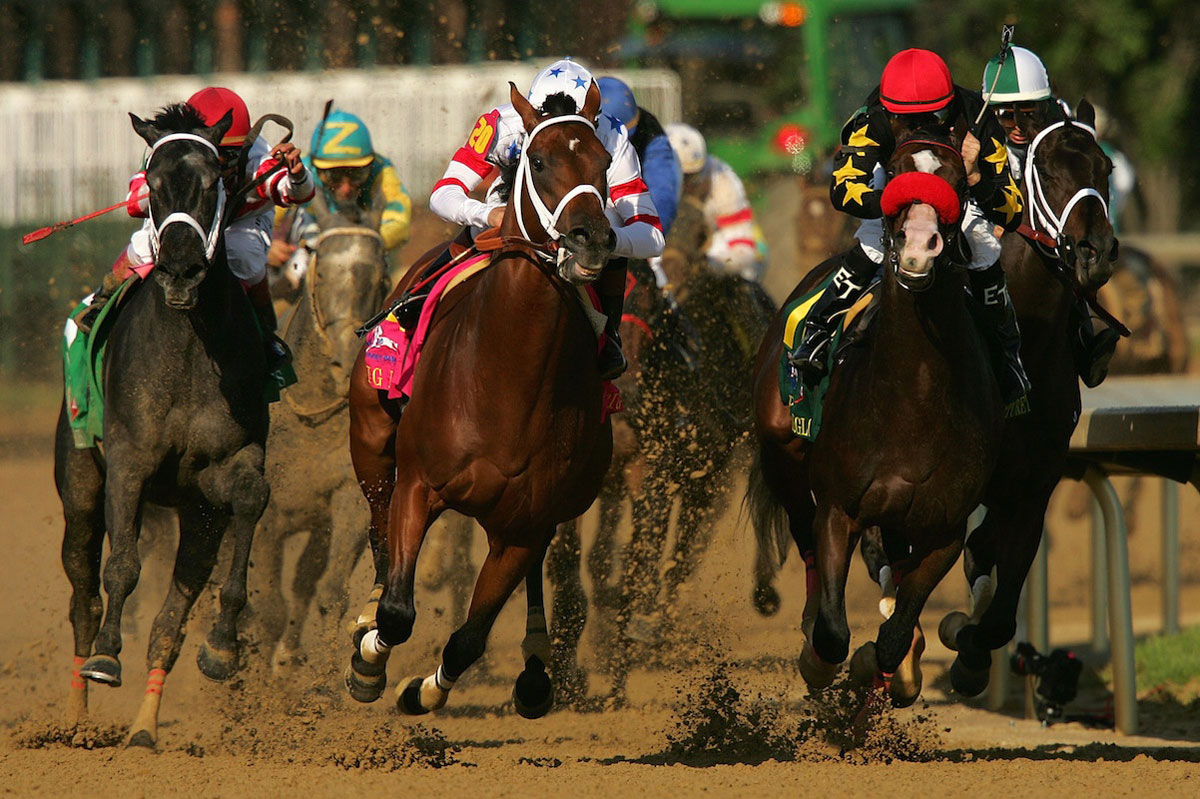 Here are the 7 winningest jockeys in horse racing history:

Russell A. Baze began his horse racing journey back in 1974 and just recently hung up his saddle in 2016. He finished his career with the most wins in North American Thoroughbred Horse Racing history, a feat he accomplished in December of 2006. The Vancouver native went on an impressive streak of leading all North American jockeys with 13 wins from 1992 to 2014. Baze was officially honored when he was inducted into the National Museum of Racing and Hall of Fame in 1999.

The man that Baze usurped to top our list has one of the most impressive resumes of any jockey in history. Laffit A. Pincay Jr. began his professional racing career in North America in 1966 after immigrating from his native Panama. Pincay Jr. has won many prolific races in his career, including the the Kentucky Derby® ('84), the Belmont Stakes ('82, '83, '84), and the Santa Anita Derby seven times. In 1975, he was inducted into the National Museum of Racing and Hall of Fame.

The jockey simply known as "The Shoe" started his riding career as a teenager in 1949. Shoemaker is famous for his four Kentucky Derby® wins and 11 Triple Crown™ race wins overall. His Triple Crown™ race wins spanned over 10 different horses, with Damascus being the only steed to win two races — Shoemaker rode Damascus to victory in the 1967 Preakness Stakes and Belmont Stakes. For 29 years, Shoemaker held the title of top winner in North American horse racing. He was inducted into the National Museum of Racing and Hall of Fame in 1958 and retired as a jockey in 1990.

Going along with the theme of Triple Crown™ race success, Pat Day comes up next in our list. Day won nine Triple Crown™ races over his career, including five victories at the Preakness Stakes. While it's not a part of the treble, Day also found great success at the Breeders' Cup Classic, winning four times over a span of 15 years. He was inducted into the National Museum of Racing and Hall of Fame in 1991.

"The General" is a Canadian jockey who made his name as one of the most successful riders in his country's history. Gall may be the least known out of this group due to the fact that he never rode in any of the Grand Slam races, but rather found success in a plethora of other, smaller races around the country. Gall is an inductee in the Canadian Horse Racing Hall of Fame and a recipient of the Avelino Gomez Memorial Award — a title given annually to an upstanding Canadian jockey.

Winning the Breeders' Cup Classic once is an impressive feat, but doing the job five times is downright stellar. That's the case for jockey Chris J. McCarron, who won the prized race a quintet of times between 1988 and 2001. Add two victories each at the Kentucky Derby®, Preakness Stakes and Belmont Stakes, and it starts to make sense why McCarron has one of the highest total purse amounts the sport has ever seen. He was inducted into the National Museum of Racing and Hall of Fame in 1989.

The most famous jockey to come out of Puerto Rico, Angel Cordero Jr. was the only person from his country to win each of the Triple Crown™ races. He won the Kentucky Derby® three times total, which put him in the history books as one of eight jockeys to win the Race for the Roses three or more times. Cordero retired in 1992 due to an accident, but raced one last time in 1995 in his farewell race. He was inducted into the National Museum of Racing and Hall of Fame in 1988.

The next great racing legend could be saddling up at Churchill Downs® next year! Be there in person to witness history at the 2020 Kentucky Derby® with Derby Experiences. We offer several package options to make sure you have the perfect experience at next year's event!