How To Pick A Winner at the Kentucky Derby®

On the first Saturday of each May, a nation comes to a standstill as America’s biggest race takes centerstage. Regarded as “The Most Exciting Two Minutes In Sport,” the Kentucky Derby®, run over a distance 1 ¼ miles, pits the nation’s best three-year-old thoroughbreds against each other. With over 170,000 people descending upon Churchill Downs® for the big day, picking a winner is everybody’s end goal.

Loren Hebel-Osborne knows everything there is to know about the Kentucky Derby. A Louisville native, Hebel-Osborne has had the “Derby gene” since birth. From managing the sponsorship with VISA for the Triple Crown™ for 15 years, to owning several winning horses, there aren’t many who know more than her when it comes to the first leg of the Triple Crown™.

So, from a lifetime of experience, how does one go about choosing a winner’s formula?

“I love to do physical handicapping – in other words looking for personal traits within the horse in the Paddock before the race itself; is there a focus about them? What sort of energy are they showing? On the day of a big race, the best horses tout themselves as winners.”

With the Kentucky Derby, there is just one shot at etching your name into history, only those who are three-years-old can compete. 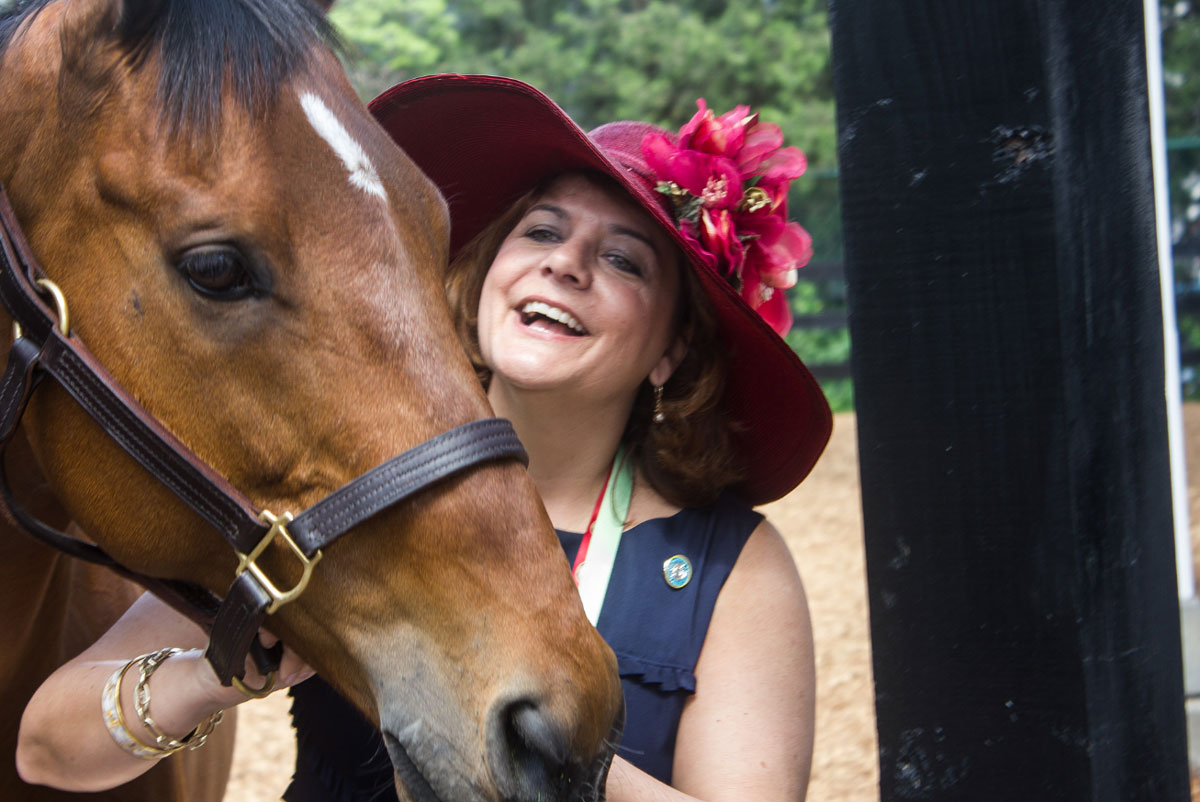 “Each year, there is a new crop of stories in the build-up. There is always a renewed hope and a good horse can come from anywhere. It can only happen once and while everything spins on its own axis; the tradition, the venue, the distance, the protagonists (the horses) are always different. This is not comparable to any other stories in sport.”

Indeed in 2015, American Pharaoh, the Bob Baffert-trained colt, set the world alight with his Triple Crown™ victory. From the get-go, Loren knew he was special.

“There are no words to really describe how special he truly was. From his temperament to his talent on track, he was just in a different league. In a way, it was almost like meeting a star who knew they were a star but were so approachable.”

Though Loren has seen some of the best horses ever compete and strut their stuff at Churchill Downs, she believes in lady luck too.

“There is something in beginners’ luck, recognizing a horse’s name that seems appealing, or their colors. And that’s the beauty of the Derby, you don’t have to invest a lot to win a lot.” 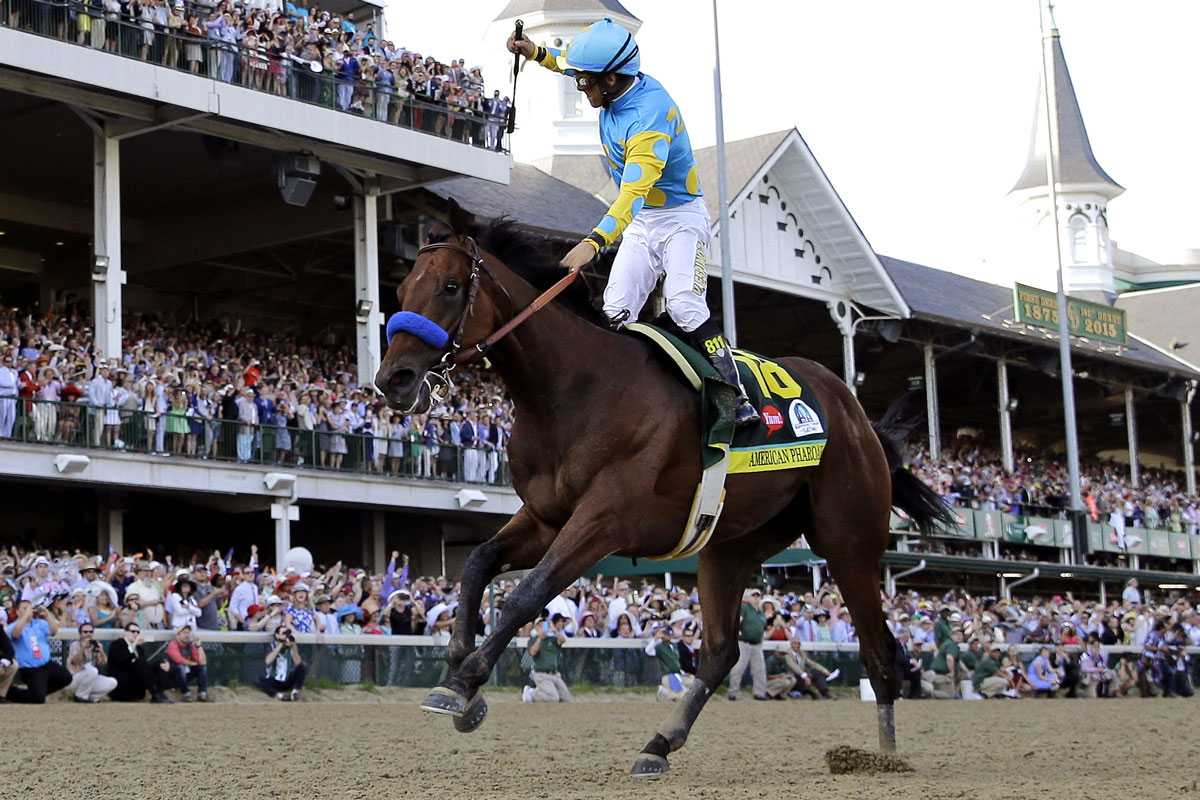 One of the biggest events on the sporting calendar, both Oaks and Derby days attract the masses, 170,000 people on Derby day. Of those attendees, a mere 60,000 will have the added benefit of an actual seat, or a covered area to re-charge the batteries.

“The Derby is unique in that there is no event like it in this country, where else would you get people dressing up in such attire, facing the elements of rain or sun for eight hours? By choosing a Derby Experiences Official Ticket Package straight from the source, you have the comforts of hospitality venues, private wagering stations, air conditioning and not to mention LIVE entertainment and celebrity meet-&-greets.”

Less than 40% of those who make the celebrated trip to the historic Churchill Downs® for the first weekend in May will have the benefit of such services. Loren, who has attended every Derby since 1998, says availing of such services is key to making your race day unforgettable.

“Having the ability to go to another space that gives you a place to unwind, to take a deep breath away from the madness changes your entire experience. Just getting away from it for a moment, not getting bumped by anyone, not having to wait in line for the bathroom or bottled water changes the entire focus of your day.” 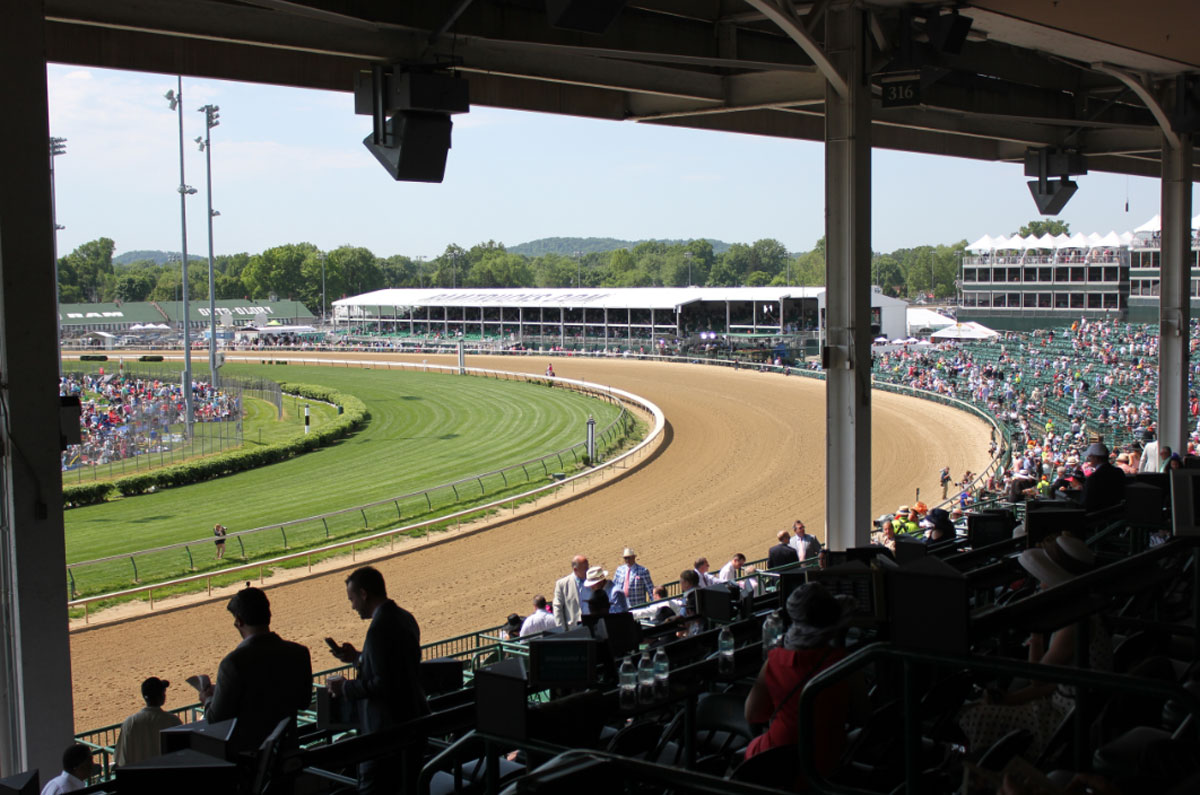 Derby Experiences is the Official Ticket Provider to Churchill Downs® for the Kentucky Oaks® and the Kentucky Derby®. On the weekend of May 5th and 6th this year, watch the best three-year-old thoroughbreds take their shot at history.

Attend both Oaks and Derby days as a VIP with exclusive in-track hospitality access complete with premium open bars, complimentary food buffets, private wagering stations and celebrity appearances. Contact us today to choose the best seats in the house.