How to Qualify for the Kentucky Derby & Triple Crown

Winning the Triple Crown™ is considered to be the greatest accomplishment in thoroughbred racing. Only one race horse has a shot at the achievement each day via winning the Kentucky Derby®. It's simple. No win at Churchill Downs®? No shot at the honor. 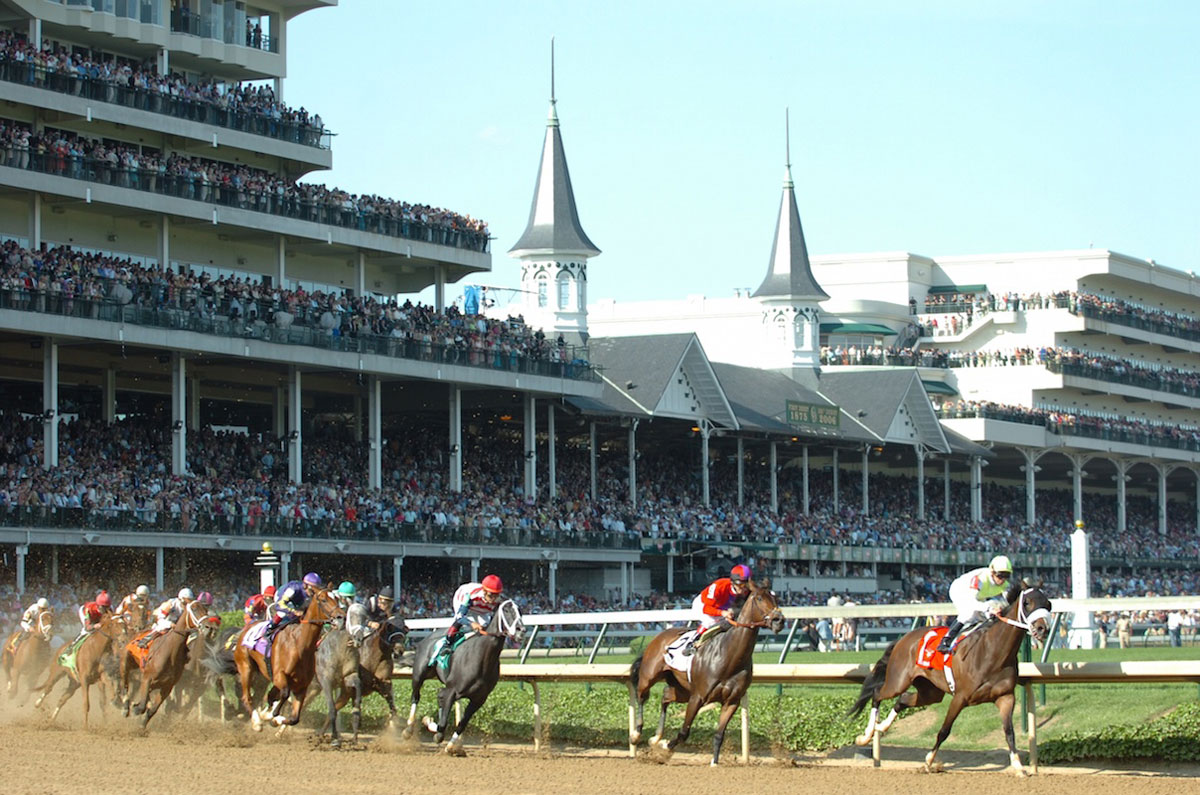 In order to keep the Triple Crown's elite nature, qualifying to race in the Kentucky Derby is no easy feat. In order to even qualify to race in the Derby, owners have to entered their horses in a series of races called the Road to the Derby.

Read on the learn about the Road to the Derby and how it functions, the controversy that surrounds the Triple Crown, and learn how you can watch the first leg of the series ran LIVE this year!

The Road to the Kentucky Derby

Once horses turn three-years-old, they become eligible to enter in the Road to the Derby stakes races. With a total of 35 races on the schedule, there is plenty of opportunity for a thoroughbred to accumulate points toward the entrance.

The Road to the Derby is divided into two sections: the Prep Season and the Championship Series.

The Prep Season is comprised of 19 races at the beginning of the series with a smaller layout of points awarded the top finishers. The Championship Series is the following races with the exception of the very last race on the schedule. The points awarded have much higher stakes, making these races much more important for qualifying.

The very last race on the schedule is a wildcard race, offering an extra few points to the top finishers.

Then, the horses who have accumulated the most points at the end of the Road to the Derby are the ones who are offered a spot in the 20-horse field in the Kentucky Derby.

If one of the top 20 qualifiers has to scratch for whatever reason, the next four horses in the standings are eligible to race. Should there be a tie in points, the tie-breaker is the earnings in non-restricted stakes races.

The Greatest Controversy in Horse Racing

While the Triple Crown offers excitement and each race supplies a rush of adrenaline to those watching, there is a great controversy surrounding the series. You see, the Triple Crown races are not exclusive.

The horses that race in the Derby are not the only horses that can enter the Preakness and/or Belmont. What this means, is while you have a Derby winner who raced a short period earlier, a completely fresh horse can come in and race at the Belmont or Preakness.

A recent example of this controversy was at the 2014 Kentucky Derby. California Chrome won the Derby. He did it again at the Preakness! However, when it came time for the Belmont, Chrome was tired - he had been raced in two long races prior with a tough field. He entered a field at Belmont full of fresh horses who were trained to run the 1 1/2 mile distance.

Once the horses were out of the gate, California Chrome didn't stand a chance. Tonalist, who was bred for endurance racing and was fresh, blew Chrome away and took the victory.

California Chrome lost his shot at Triple Crown glory and Tonalist took the purse at the Belmont. It was extremely controversial.

But that's the nature of the Triple Crown! It wasn't meant to be easy!

Only 13 horses have ever won the Triple Crown series with Justify becoming a part of the elite group this summer.

You can see the next three-year-old have his shot at Triple Crown glory by watching the first leg of the series LIVE from Churchill Downs! Get exclusive access to the 2020 Kentucky Derby with tickets to unparalleled seats in the stands, access to a VIP in-track hospitality area complete with gourmet fare, open beer, wine and soft drinks, celebrity jockey meet-and-greets, and much more!

And since Derby Experiences' Official Ticket Packages are direct from Churchill Downs, you have 100 percent ticket validity and nothing to worry about! Get more information on how you can start your dream Derby experience today by calling 1-888-384-7088 to speak to a representative or by visiting Derby Experiences' website.