The Play-by-Play of the Kentucky Derby: Travis Stone Named Announcer

Before there was the world's largest HD video board, jumbo-tron or a myriad of tv screens peppered throughout the race track, there was the race announcer. Perched high above the finish line, the race announcer observes and comments on every aspect of the race with the skill and precision of an eagle scanning the earth for prey. Given the fact that horse racing views are judged in 1/8 mile (a furlong) versus 10-yard lines in football or three-point lines on a basketball court, the race announcer is the voice you rely upon to hear your horses’ name and understand where they are on the track within the body of a race.

Marty McGee, Kentucky’s correspondent for the Daily Racing Form has witnessed 40 consecutive
Kentucky Derby’s and deciphered a lifetime of race calls. “You absolutely need a race announcer. It’s not just part of the tradition of racing, but they help you watch a race. The best ones do it in a way that is seamless. Much like a play-by-play announcer in other sports, the timber and tone of a race caller should not be distracting but rather should build in intensity and excitement. You can close your eyes and still know what’s happening and who wins! These guys were the original broadcasters – when there was no tv coverage – they painted pictures with their voices on the radio waves.” 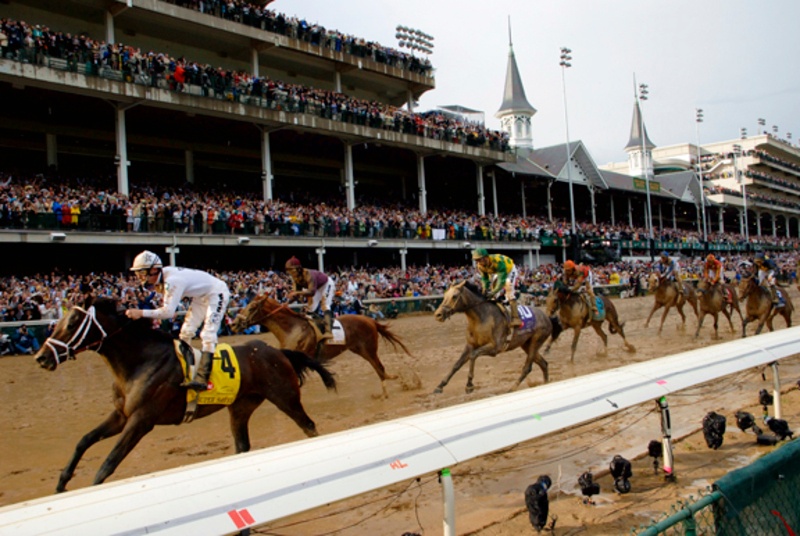 Churchill Downs recently named Travis Stone as its newest track announcer, succeeding Larry Collmus, who departs after just a short one-year run.  Larry Collmus, one of the premier race callers in North America and the world of Thoroughbred racing, accepted an opportunity to call races at NYRA, which offers a significantly larger number of racing dates. Collmus will continue to call the Kentucky Derby for NBC so his voice will still be prominent in all things Derby!

The 30-year-old Stone, is one of horse racing's rising stars, and he brings a fresh approach and perspective. He was the race-caller at Monmouth Park in 2014 and backup announcer at the New York Racing Association this winter, and will start calling Churchill’s race card this spring.

“So often, people observing the race have some kind of rooting interest either through ownership or more specifically through a wager. Even as a veteran race tracker, I can often miss the whole picture of what is happening live and it’s often only in reviewing a replay that I see the nuances. Calling a race is a very special talent – I’m not really sure how they do it. I’m not sure if it’s bionic peripheral vision, but they can anticipate an individual horse making its move within what looks like a stampede. I hear my horses’ name called and I start snapping my fingers!”

So what’s your favorite call of the Kentucky Derby? 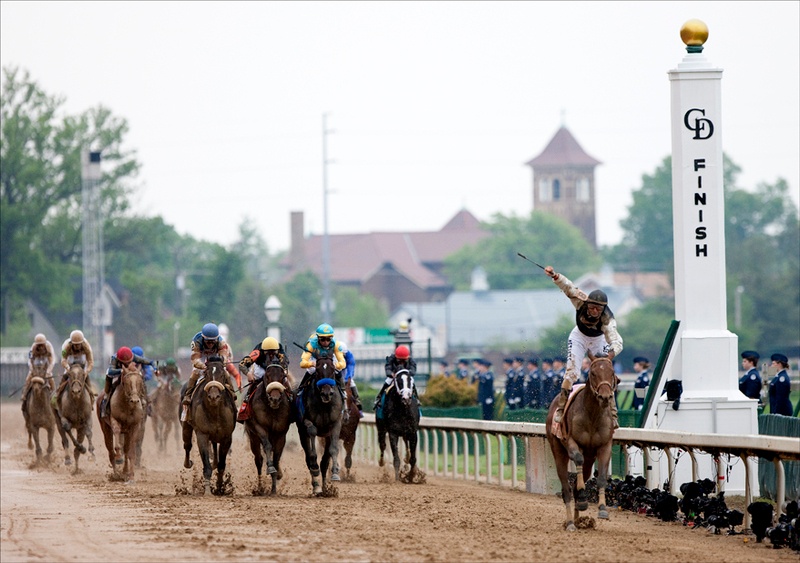 One of my favorite’s occurred recently in the 2011 Kentucky Derby: Larry Colmus – “Animal Kingdom! ROARING down the center of the track…”
Loren Hebel-Osborne – QuintEvents, Derby Experiences

“Mike Battaglia’s call of the 1982 Derby of Gato Del Sol. At the 1/8 pole there were 10 horses fanned across the track and any of them could have won the race. Mike called every horse and zeroed in on Gato Del Sol just as he switched
leads and took off!"
Marty McGee - Kentucky Correspondent, Daily Racing Form

"2006 Kentucky Derby: 'They are coming to the finish and it’s all Barbaro in a SUBLIME performance. He runs away from them all!' – Tom Durkin on NBC"
Darren Rogers - Senior Director, Communications & Media Services, Churchill Downs

"1998 Kentucky Derby: 'Here comes Real Quiet Fastest of them All!' – Dave Johnson on ABC. Of course, it might also be my favorite because I picked Real Quiet to win!”
Tom Pedulla, Correspondent, America’s Best Racing

"The one that still gets me, all these years later, is Dave Johnson on the ABC telecast of the 1980 Derby, when at mid-stretch he said, 'It's Genuine Risk, and she's genuine.'"
Jay Privman, National Correspondent, Daily Racing Form, and Racing Analyst, NBC Sports

Experiencing a horse race live while the announcer is making the calls is one thing, but when that race is as elite as the Kentucky Derby, it's an even greater experience!

With Derby Experiences' Official Ticket Packages to the 2015 Kentucky Derby, you'll truly have a one-of-a-kind experience at Churchill Downs this May. With Packages including tickets to some of the most coveted seats in the stands holding some of the best vantage points of the track, access to an exclusive in-track hospitality area featuring complimentary gourmet fare and open beer, wine and soft drinks, and a plethora of other amenities, there's no better way to experience the "Run for the Roses!"

So what are you waiting for? Don't miss your chance to hear Stone call the Kentucky Oaks and Kentucky Derby live for the first time! Get more information on how you can start your Derby experience today by visiting our website or by calling 1-888-384-7088. 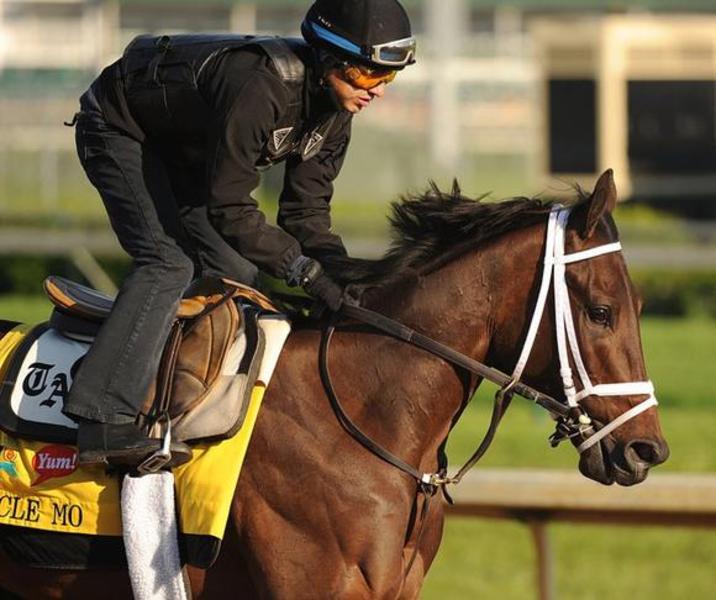 Be sure to join the conversation on social media using the hashtags #DerbyVIP and #KyDerby!