How Much Does the Kentucky Derby Winner Make?

The Kentucky Derby® is known for many things, whether it's fancy attire, a legendary racetrack at Churchill Downs® or it's collection of champions.

But the Derby is also known for another thing — dollar signs. 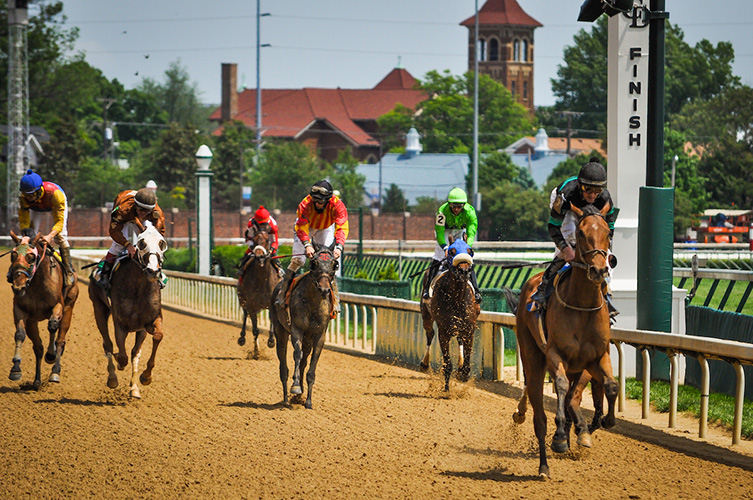 Every year for the past 145 editions of the 'Run for the Roses', trainers, horses and jockeys have entered through the gates at Churchill Downs with hopes of leaving much the richer. The Kentucky Derby isn't the most expensive race in the world, but with it's mix of prestige and purse size, it certainly is the most important.

Over the past century-and-a-half, the purse size for the Kentucky Derby has only gotten bigger. But that is for a lot of reasons — more money is put into the event every year. As Churchill Downs continues to evolve as a venue and make renovations to expand, more people have flocked to the Derby over the decades. For reference, the first Derby in 1875 had an estimated 10,000 onlookers. This year, over 157,000 people watched live as future Triple Crown™ winner Justify took home the Garland of Roses.

Live TV distribution and broadcasting rights have also poured money into the event at an increasing pace. Thanks to the magic of television, around 15 million people watch the Kentucky Derby every year at home.

All of this is to say that the Derby has created an economic empire, and the winners of the race are one of the biggest beneficiaries every year. But just how much does a horse leave Churchill Downs get for crossing the finish line first?

How Much Does the Kentucky Derby Winner Get?

The prize money for the Kentucky Derby has increased incrementally over time.

The total purse hit over $1 million in 1995, with Thunder Gulch coming out the victor in the first seven-digit Derby.

Today, the Derby purse sits at $3 million, up from $2 million in past year, but is split among the top five finishers for the race.

How Much Does a Winning Jockey Get?

What seems obvious, but is often forgotten, is that the horse doesn't actually get any of the money they win. All of the winnings are split among several parties, including the horse's owners, trainers and jockey.

Typically, the Derby-winning jockey gets 10-percent of their horse's winnings. So Justify's jockey, Mike Smith, walked away from Churchill Downs in 2018 with about $124,000. Not a bad takeaway for about two minutes of work!

Get Your 2020 Kentucky Derby Tickets

Derby Experiences is the best way to experience the 2020 Kentucky Derby. With over 30 different package options and three different levels of hospitality, you can craft the perfect weekend at Churchill Downs. Check out our official package offerings to find the Derby experience that is perfect for you: