What do you think of when you think of F. Scott Fitzgerald? Besides an impressive amount of drinking, he is best known for his written work, particularly his novel, The Great Gatsby. But, where did this extraordinary tale come from? Was it true? It can be argued that Fitzgerald lived most of the story from inside Louisville’s own Seelbach Hotel.

“Fitzgerald drank in more places than Abraham Lincoln supposedly slept.” When he drank in Kentucky, the Seelbach was his favorite place to be. He was stationed at Camp Zachary Taylor in Louisville, and would escape on weekend passes to the hotel. It was a place where young recruiters mingled with the most beautiful southern belles. The walls were lined with Rockwood pottery and the ceiling was covered in hand-tooled leather. Night after night, Seelbach was teaming with lively music, cold drinks, gorgeous girls and anxious soldiers. It was a place where anything could happen, and anything did.

Wishin’ and Hopin’ and Thinkin’ and Prayin’ and…Drinkin’?

As any young writer, Fitzgerald wandered around looking for inspiration, of which he found a lot of at Seelbach. Hotels in the early 20th century were a place for the wealthy and the glamourous. “Everyone looked more elegant, more beautiful and more mysterious at the Seelbach.” The hotel gave people hope and promise which Mr. Fitzgerald wanted, needed and expected immediately.

Among F. Scott Fitzgerald’s many encounters at Seelbach was George Reamus, also known as The King of the Bootleggers. He was a well known lawyer from Chicago who was envious of his mischievous clients. During the Prohibition he took up bootlegging and made a fortune. He portrayed himself as  pharmacist who lived in Cincinnati and became newly known for his extravagant parties in his Marble Palace. Does this ring a bell? Could George Reamus be the prime inspiration for Fitzgerald’s most famous character, Jay Gatsby? Maybe! 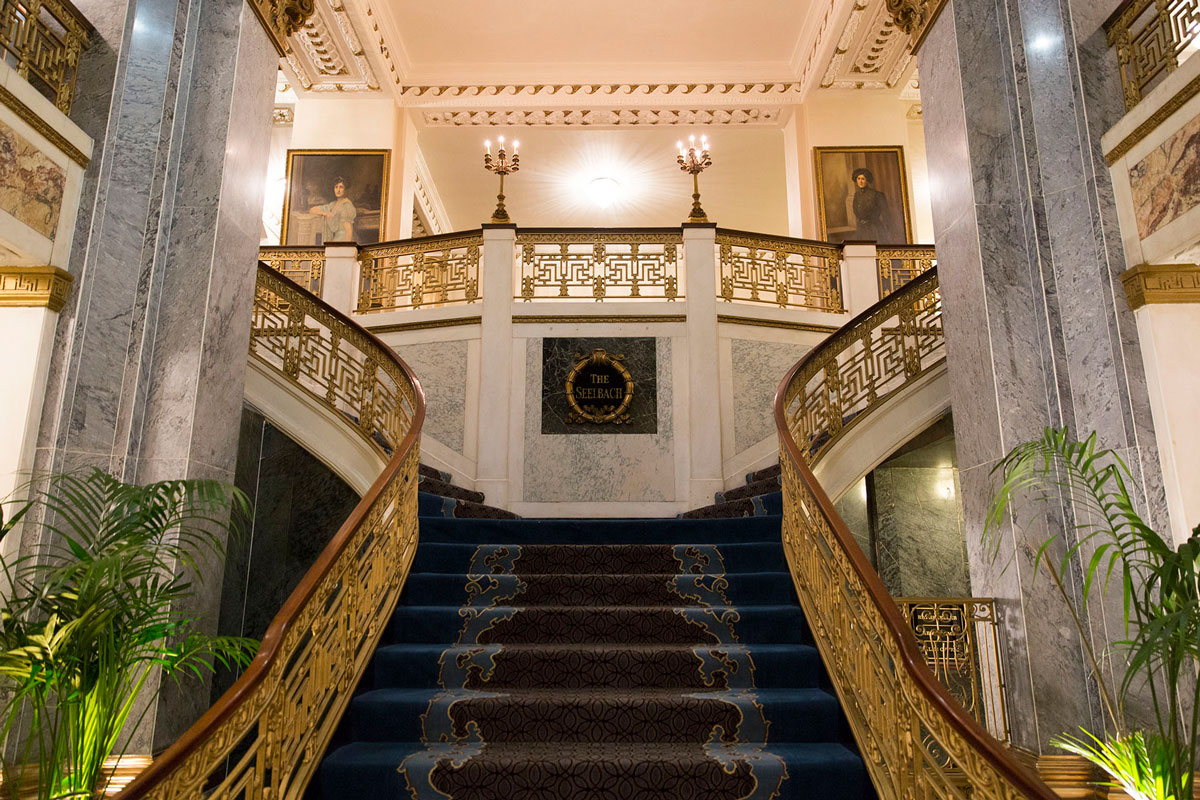 Louisville sits right on the line of where the laws behind the Prohibition get a bit hazy. Following suit, the Seelbach’s rules were just as elastic as the city it resided in. The famous Oak Room was built for Billiards. The air was full of cigar smoke, the sound of glasses clinking and the site of masculinity at the time. Spring loaded doors were installed for surprise police visits. This allowed the men to quickly remove cards and money off the tables and appear as those they were having an elegant dinner.

Louisville’s most desirable southern belle was none other than Daisy Fay. Daisy refuses to marry Gatsby because “rich girls don’t marry poor boys” which she proved after marrying Tom Buchanan who presented her with a string of pearls, proving he is worthy. The two marry in Seelbach’s Grand Ballroom.

After one month, the Army transferred Fitzgerald from Louisville to Montgomery, Alabama where he met the city’s more desirable southern belle, Zelda Sayres. Does this sound familiar?

Fitzgerald uses the Seelbach as inspiration for the breathtaking waterfront mansions full of elite people. Jay Gatsby, who owns a chain of pharmacies, is George Reamus. Tom Buchanan, the alcoholic, could quite possibly be F. Scott Fitzgerald himself, although he wasn’t yet as wealthy as Buchanan.

Fitzgerald was stationed in Louisville in 1918, however, the Prohibition had not even begun until 1920.

Much of the wonder and question of Fitzgerald’s inspiration is just that, a wonderful question.

Book Your Stay at the Seelbach for Derby Weekend! 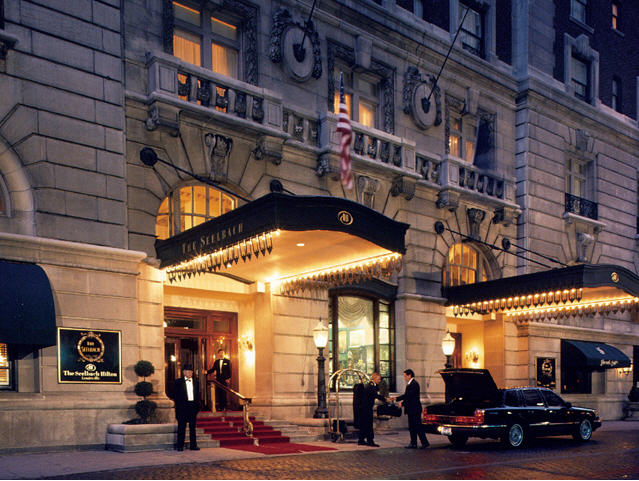 Derby Experiences is offering accommodations at the Seelbach Hotel, Louisville’s grandest hotel, during Derby Week! The hotel is located just 4 miles away from Churchill Downs®, The Home of the Kentucky Derby®. Your stay will include a Royal Brunch for two on Friday, Saturday and Sunday in the Oak Room. Experience southern hospitality and relaxation in this premier luxury hotel after an exciting day at the races!